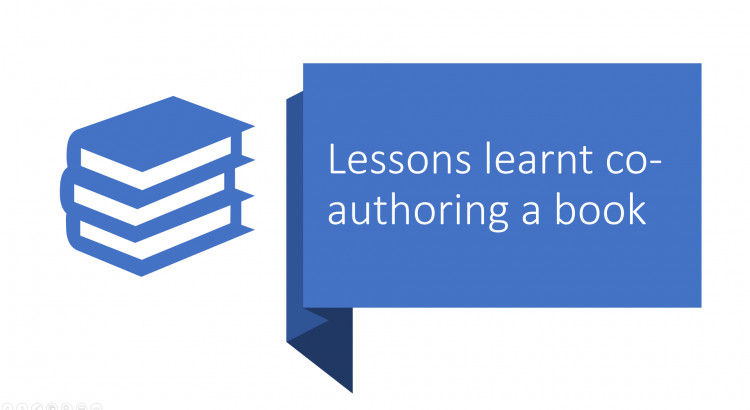 I wrote a book! Writing a book is something that stood on my bucket list of things I wanted to achieve, and I hadn’t considered actually doing it year. However, I got a great opportunity to work with Packt on the second edition of the Hands-On Kubernetes on Azure book. I am very glad with end-result, and even happier that Microsoft is distributing the ebook version for free. If you want to get your hands on a print version, you’ll have be a little more patient. The print book will be available sometime in April.

Clarifying the meaning of co-author

One thing I want to clarify is the word “co-author”. I only worked on the second edition of this book, my fellow co-authors had done the work of the original edition. In this second edition, we kept most of the structure of the first edition, with a couple of changes. However, all the explanation and all of the examples were mostly rewritten. We introduce a couple of additional concepts and examples in the second edition. The final chapter on Functions was fully rewritten, and now also includes an example of using KEDA.

I was very glad to be able to start of from a good basis, since the structure of the original book was pretty solid. The book builds from basic tasks such as deploying a sample application, to more complex scenarios like running Functions on top of AKS.

The previous version of the book was written and published a year ago, which is an eternity in the cloud and in the Kubernetes world. It was apparent to me after the review that the book needed major work to get updated. Most of the examples in the book didn’t work anymore (the upgrade from helm v2 to helm v3 was a major culprit), and some Azure implementations had changed as well.

Initially, I had just agreed to do a technical review of the book. I wasn’t planning at all to sign up and implement all the changes I had recommended. After the technical review I had a discussion with the publisher and they asked me if I would consider stepping in as a co-author and implement the changes if the original authors didn’t agree to write them. I had mixed feelings about stepping in as a co-author. Writing a book had been on my bucket list, but I didn’t know what I would be committing to. In those types of situations, I typically reach out to some people in my network to ask for advise. All of the people I talked to told me that this was a golden opportunity, and I finally agreed with Packt to co-author the book.

If you’re considering writing a book, there’s a lot more work than simply writing the book. If I think about the writing process for this book, each chapter went through roughly the following stages:

Each of those drafts requires you as the author to address the comments of the technical reviewer and the editor who works with you. It also requires you to keep re-reading each draft, so you might catch any inconsistencies and mistakes you might have made. In my case, I even caught mistakes I had made in the final draft.

In terms of work required, the initial draft, reviewed draft and second reviewed draft make up about 80% of the time investment required for each chapter. I personally had heavily underestimated the time required to redo each reviewed draft. The reason this required so much work is that often I needed to rework some examples based on input from the technical reviewers, as well as rewrite parts of the text blocks based on input from the editor and the technical reviewer. Rewriting often is more work than writing itself, because you need to ensure that the parts you rewrite fit in the overall narrative of the chapter.

During those 6 weeks, I spent about 3 hours every evening and about 10 hours every weekend on the book. A quick calculation makes this boil down to a total of about 150 hours, which seems like a realistic number to me.

An important note about the time investment is that I was religious about not mixing my day job with the writing. The writing of the book was something that fell outside of my day job, and was covered under Microsoft moonlighting policy. If you’re planning on also engaging on a writing a book, make sure you check your employer’s moonlighting policy and discuss this with your manager.

Working with the publisher

I was very glad to have the support of a publisher during the writing process. Packt had contacted technical reviewers, I worked with an editor that gave fantastic feedback, and they have a whole publishing apparatus that takes care of proofreading, copywriting and publishing. During the process, I could focus mainly on the content, and didn’t have to worry about any of additional tasks that are required for publishing a book.

If you are considering becoming a writer, I would highly encourage you start a first book by working with a publisher. I learned a lot about the writing process that I didn’t know by working with the publisher, and I believe it made the book more succesful.

The whole process gave me a tremendous learning opportunity. I learnt a whole lot about writing itself, the writing process and about the technology as well. Let me summarize the lessons learnt:

There are a couple people who deserve special thanks, as they were instrumental in the writing process:

I enjoyed writing a book a lot, and given this experience I wouldn’t mind writing another one. If you are considering the same, I hope this post has given you more insight in the writing process and motivates you to get started. If you have any questions, feel free to reach out to me!